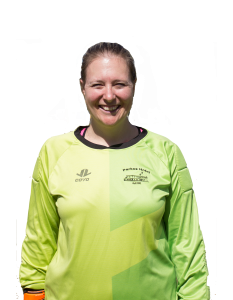 It was always going to be a tough game for Parkes Hotel, who have been hit with injuries, sickness and a few players / coach taking leave. Even with a lot of regular players out the girls played to the club spirit, never giving up and made the Raptors work for every goal.

The girls spend a lot of time in their own half defending with credit given to the raptors defence, making it difficult for Parkes Hotel. The score ended up 8-0 at the end, but could have been worse if it wasn’t for Zarna Gould in goals saving a over 26 shots on target. Parkes Hotel did create a few chances though and looked deadly on the times they did manage to get forward, but couldn’t put the ball in the back of the net.

Parkes Hotel look to get their first win against Parkes Supercellers next week and will be boosted with the return of captain Greta Gaut and Esther Bruce who were on leave and possible returns for Kath Went, Ainsley Went, Rebecca Jones and Stacey Nash.