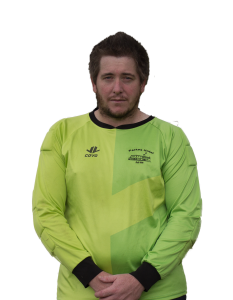 Parkes Hotel FC hold off a second half comeback from Forbes Bushrangers to secure their first win of the 2019 campaign.

The 1st half was all Parkes Hotel, with the boys pressing Forbes and predominately winning 50/50 balls. Parkes Hell took advantage of this creating some quality changes. Dylan Manks thought he scored the opener, taking advantage of an excellent pass from ‘Players Player’ Kyle London. However it was to be, with the assistant spotting an offside infringement in the lead up. The opener came when the clock hit the 20 minute mark, courtesy of Tommy Jackson. This opened the floodgates with Kyle London scoring two in close proximity, Lucas Lees netting one and Kyle completing is hatrick just before half time. The last goal showed what Parkes Hotel is capable of as it resulted from not only an excellent finish, but slick passing starting from the fullbacks (an excellent team goal). The score at the break was 5-0.
Forbes had it all to do in the second half and gave it a good shot. Parkes Hotel Looked like a completely different side, with Forbes being able to win the mid field battle. Forbes pegged a goal back courtesy of a 25 yard strike from there fullback who had pushed up. This followed by two more goals taking the score to 5-3. Parkes Hotel managed to score one in the second half, when Kyle London added to his tally, taking advantage of a through ball from mid fielder Malcolm Bruce. This took the wind out Forbes with Parkes Hotel eventually winning the game 6-3.

Mentions must go to equal ‘Players Player’ Matt Flynn, who made some impeccable saves in the second half and ‘Player of the Match’ Dan Gordon, who displayed an AFL style ruckman performance winning many contests.

Parkes Hotel take on the Renegades next week at 11am on Sunday 26th May, where they hope to ern back to back wins.